Skip to content
Top Places To Visit In Oman

TOP PLACES TO VISIT IN OMAN 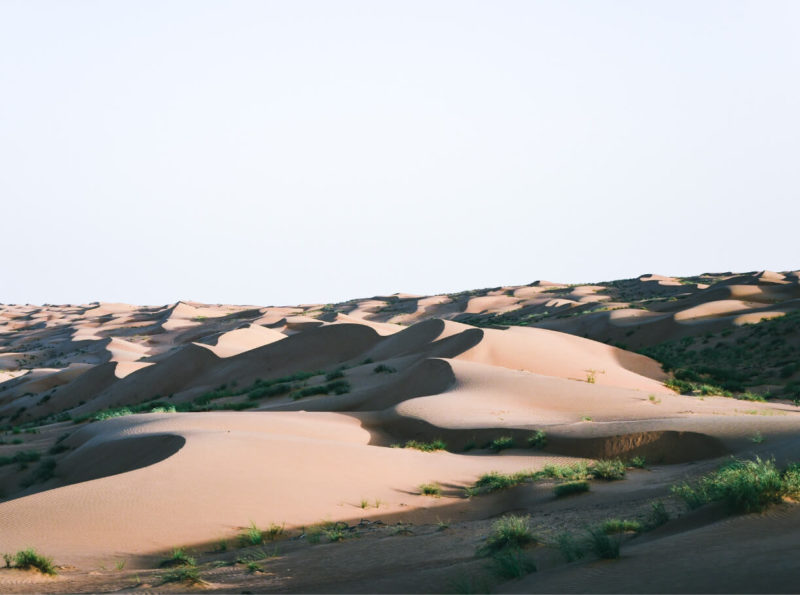 The word wadi means valley but it is often used to indicate the dry bed of a river, usually between cliffs, in which the waters run only in the rainy season. However, then there is water, these valleys turn into an idyllic place to swim. Wadi Shab is one of the most alluring wadis in Oman and also one of the only to always be full. There is a boat river crossing and a 45-minute effortless walk to reach the natural pools. After that, you can jump into its pristine waters and refresh yourself.

Sur is the main coastal town of northern Oman and the port of entrance to the wadis and nooks of the Omani coast. One of the city’s highlights is watching local craftsmen building dhows, the typical Omani boats. The construction of dhows in the traditional way is an art at the brink of extinction. In fact, Sur is the only place in Oman where wooden dhows are still produced.

There are hundreds of forts and castles spread across Oman, but the Jabreen Castle is one of the most spectacular ones. Much like other fortresses in the country, it has been rebuilt and maintains a well-cared-for aspect, with its interior is beautifully designed and detailed. Aside from its intrinsic structure, one trait that stands out is the castle’s wooden ceilings covered with frescoes.

The old Birkat Al Mouz is, nowadays, an abandoned village but an extension of the settlement has emerged on its surroundings. The entire area is filled with large date and banana plantations, which render an atmosphere similar to an oasis. Its nearby mountains offer inspiring views as well as making it a great starting point for some of Oman’s best hikes, like the Balcony Walk trek.

A great option for those travelling between Muscat and Sur is to visit the Bimmah Sinkhole, a geological depression formed by the collapse of the underground layers of limestone. This semi-circle of about 60 meters in diameter and depths of up to 20 meters is the perfect place to swim. Interestingly, this small, emerald-water lake is located less than a kilometre from the sea.

Nizwa is one of the most riveting cities of Oman, and despite having had the majority of its historic buildings renovated, a visit to the Nizwa Fort or a walk along the bazaar’s streets are great ways of grasping the city’s essence. Another alternative is to visit the goat market taking place every Friday morning near the Al Qala’a Mosque. In the middle of a clay clearing, hundreds of men stand around a gazebo, forming a circular corridor in which vendors exhibit their goats.

An inescapable building in the capital of Oman, the Sultan Qaboos Grand Mosque is both large and intimate, imposing and welcoming, beautiful and daunting. In the exterior courtyards and facades, the simple and luminous stone tones prevail, contributing to a sense of peace that any visitor, even if non-Muslim, feels when entering the building complex. But it is the intricate design of its interior what surprises most travellers. In the main room of prayer, for instance, two elements jump out: the Persian carpet and the German chandelier.

To dive into the Wadi Bani Khalid is something that many who come to Oman wish to do. After going through a winding road along the mountains of Jebel Khadar, crossing picturesque traditional villages, the asphalt ends at a small parking lot. Another five minutes by foot and the wadi sprouts with abrupt visual contrast. Looking up, mountains and brownish hues block the horizon; ahead, the emerald-colour water and palm trees exhibit a wide range of greens. An oasis amidst peaks, where an incredible silence will envelop you with peace.

One of the most interesting souks in Oman is the Mutrah, located in the old section of the capital Muscat. Apart from some harassment by the shopkeepers – who try to attract the few foreign passersby to the dishdasha or random trinkets -, walking through the alleys of Souk Mutrah is a pleasant activity, even if you don’t want to buy anything. Much like the goat market in Nizwa, this is a great way to connect with the people and observe cultural traits.

This a mountainous hamlet located at 1000 meters of altitude features an intriguing combination of old times and modernity. Due to its effective traditional system of irrigation, falaj, Misfat Al Abriyeen has very fertile land. Despite its proximity to Nizwa, it is a rural environment with a slow pace of life. Beyond its palm trees, banana, papaya, and mangoes plantation, as well as its narrow alleys and lanes, what stands out is the serenity of the village.